In my last article, I talked about what Taiwanese people like about Japanese mobile games and how Chinese and Japanese games are different by looking at their game creatives. The touch of character designs, usage of color… how they design characters was almost opposite to each other. Now having talked about “how different”, today I want to dig in the “why different” part. 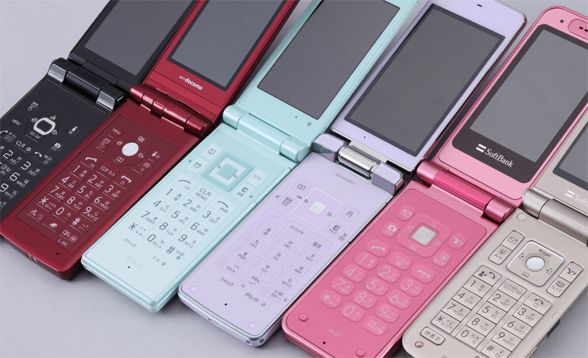 Japan has been known as a pioneer in the gaming industry for a long time. Fami-con (Family Computer) and Play Station, I am sure most of you have heard or even played those world class console games in childhood. Gaming culture was close to the lives of Japanese people from early ages and when featurephones (flip phones) became widespread in 2000s, it got much closer. Back then, we saw many Japanese people playing card games on featurephones.

(Source: CESA Games White Paper 2014)
Those people who played games on the featurephones naturally learned the sense of how to play casual games and that built an image of mobile phones = easy-to-play games.
This is how easy-to-play games got the popularity among Japanese people from early ages.


On the other hand, in China, Chinese people used to play games on PC rather than on featurephones (mobile phones).

(Source: iResearch.cn)
Simulation games and MMORPG (Massively multiplayer online role-playing game)- so-called core games got the most popularity in China and it became the standard game genre for what games are to Chinese people. Anyway those core games were hard to play on featurephones.
So what happened when gaming came on smartphones? - It stands in between. Regardless of its high speech technology, smartphones are just smartphones after all. Smartphones become the platform where core users who used to play core games on PC and light users who didn’t get all together. Thus, Chinese games struggled with deciding a game genre that would meet expectations of smartphone users and target users (core or light) when developing games.

Under this different situation, Japanese games and Chinese games make different marketing strategies from each other. For example, Japanese game companies would rather make games that are suitable to all people than only targeting to gamers, a small portion of the population. But in China, it might be the opposite because of its large population. They’d rather focus on only gamers who love games and spend lots of money.

At last, I am summarizing how Taiwanese people distinguish Japanese games from Chinese games.

As far as I know, they use the following criteria to recognize which one is which.
- Character Design
- Game UI
- Game playing system

As already explained in the last article, Japanese characters prefer bright colors such as red, yellow and blue while Chinese use more deep colors such as brown, dark blue and blue. Japanese characters designs are more for kids that everyone would feel easy to play at the first glance while Chinese games have the world-view loved by users who like to play games in the first place.

Game playing system also tells the difference. Japanese giant internet company mixi’s Monster Strike has became a hit in Taiwan and its game system is so called multi play which was not a major playing system in Taiwan before. Such kind of Fight together to defeat an enemy style is very Japanese that is often adopted into Japanese games. This is because Japanese think a great deal of originality in products, it came up with generating such a new game system. Monster Strike proved that if you do well in product marketing, people would accept a new system and you could even make a boom in the market.

Japanese games and Chinese games- it is interesting to find out how and why they ended up being different.
Hope this gives you tips for game marketing in Taiwan.
Tweet
All data below is provided by TalkingData.

A change from May: HappyElements' Anipop took the first place in June app ranking. 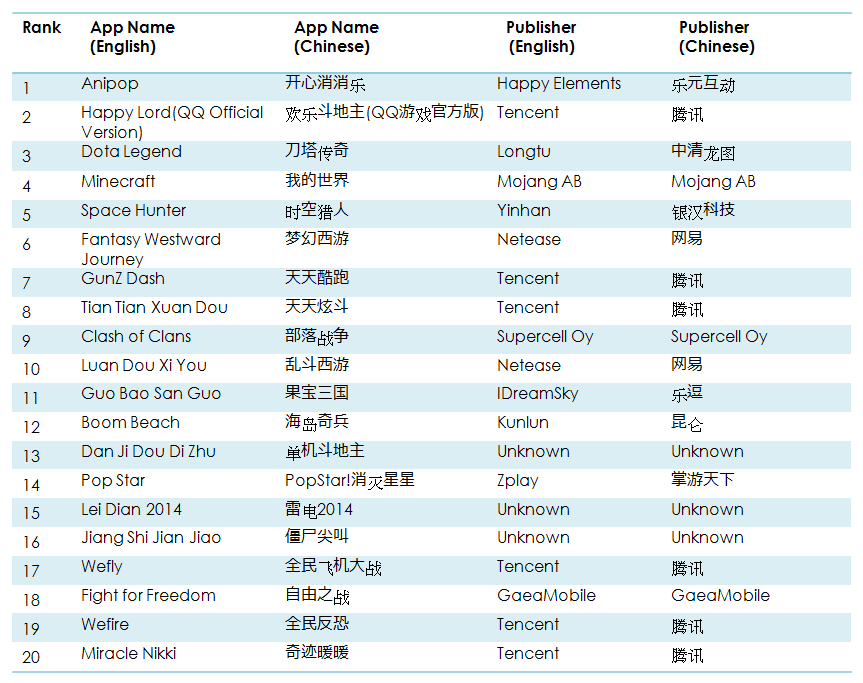 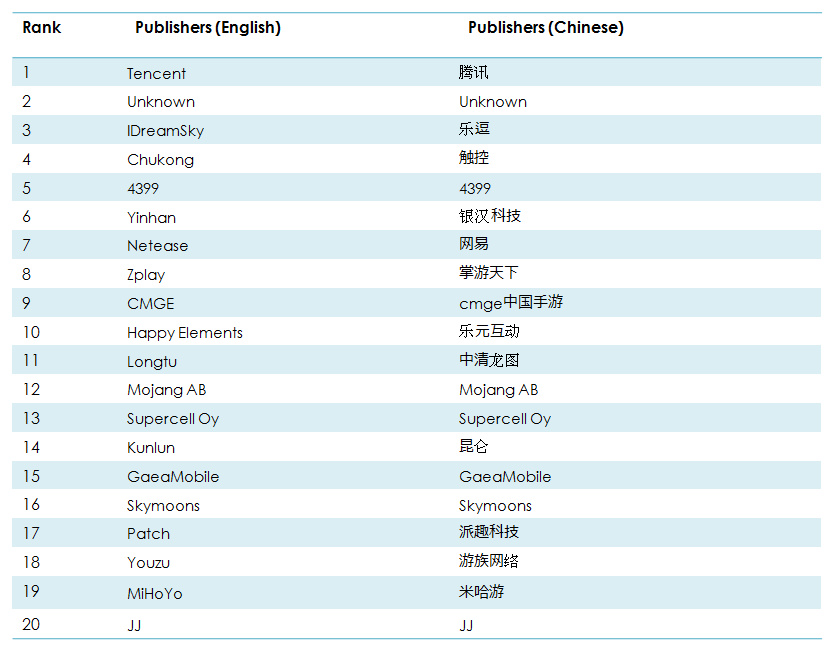 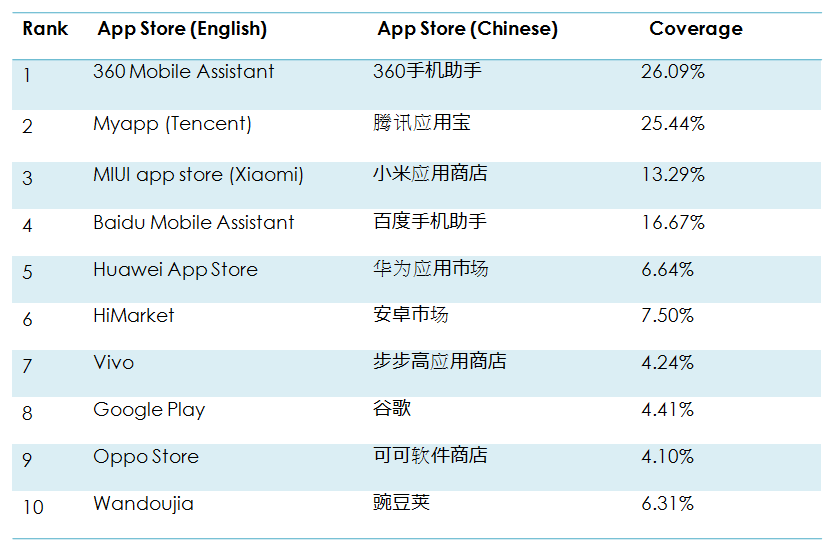 TalkingData is the largest 3rd party mobile data service provider that have been widely recognized and adopted by the whole mobile ecosystem in China. More than 80,000 apps that access over 1.2 billion unique mobile devices in China rely on this mobile analytics platform to track and analyze mobile users’ behaviors. The data collected from these products and also exchanged from the mobile distribution ecosystem enables TalkingData to build the largest behavioral data panel of the mobile population in China. Based on this, they are able to provide the most accurate estimations for the installation, activity and usage of any app in China, especially in the complex Android marketplace.
Tweet


In Japan we see many Chinese and Korean mobile games being played by Japanese people these days. Especially for mobile games it feels a bit freshy however for PC games we already had hundreds of the games made in those countries from olden days.

In Taiwan, we see far greater number of international games in the country.
Japanese games are the ones which have a big presence.

Before Japanese mobile games entered to Taiwanese market, its app ranking was mostly taken by Chinese mobile games. Even today Chinese apps still have a big presence in top 10 ranking; however, some of the Japanese games such as LINE games and Monster Strike have come to show up in the ranking nowadays.

Let’s take a look from creative point of view.

Here are icons of Japanese apps.

Japanese games would rather use non-human characters in icons that are likely to be found in animations for kids and are good at showing its light world-view. When they use human characters, we see more boy characters than girls that probably come from an established image of RPG is adventure and adventure is boys. In terms of color-wise, Japanese icons prefer relatively bright colors such as red, yellow, blue and so on.

On the other hand, I have a good word that describes a touch of Chinese graphics- “THE GAME”. Their characters (like something we see in PS3) are mostly in 3D and drawn in life size. That characteristic would make users think it may be hard to play and hesitate to go even for tutorials. The colors used in Chinese icons are almost opposite to Japanese ones. No bright but more deep colors such as brown, dark blue and black.

To summarize, Japanese game designs are lighter and its touch is more for kids that everyone would feel easy to play at the first glance while Chinese games have the world-view loved by users who like to play games in the first place.
I assume this difference is also reflected in the colors they chose for icons.

So now, what do Taiwanese gamers like about Japanese games?

Basically it is said that Taiwanese people would prefer pretty or even surreal and weird graphics than cool ones.

I can feel this Taiwanese preference even when I walk around the city in Taiwan.
This is a photo taken at a famous shaved ice store “Ice Monster”. You see the one in the yellow box on the left? 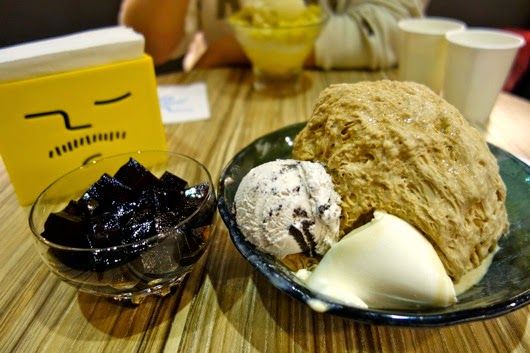 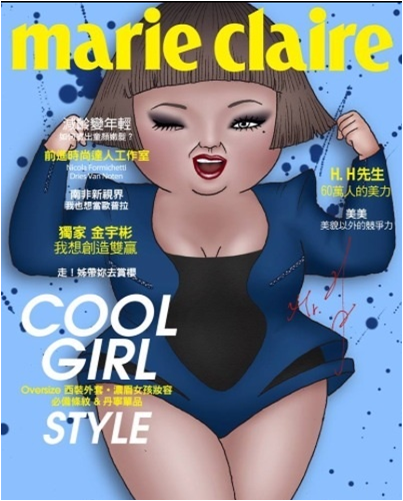 LAIMO and Song Song Meow are even brought back to Japan. 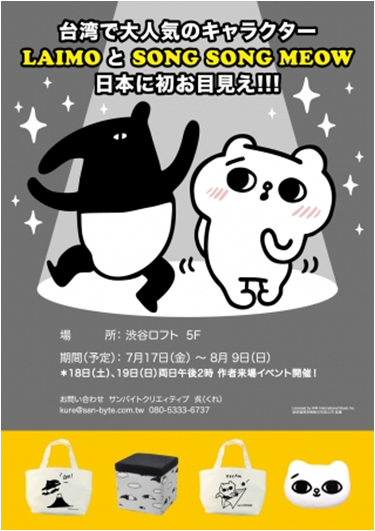 In addition, as you may have already heard, made-in-Japan characters such as Hello Kitty and Funassy are very popular in Taiwan and naturally that popularity made Taiwanese people develop a formula of Japanese characters is pretty.
Thanks to this Taiwanese preference toward something pretty, it is assumed that the graphics is one of the points that would attract Taiwanese people. Japanese developers should get the most out of their touch of graphics.
I’ve seen a Japanese game app that followed this tip in icon and went up to the top ranking. I think it is not always necessary to have a localization of graphics for Japanese game companies.
Also among Chinese games, Dota Legend is a good example that followed the preference of Taiwanese gamers.

Next time, I will talk about why there is difference between Chinese creative and Japanese creative from history point of view.