Korean mobile market, the world best IT power nation, is trend-sensitive and fast-changing!

Due to unique preferences of Korean mobile game users, many world-wide game makers have failed to make a big success in Korean market. However, Korea is a number 3 market in the world, so major companies never give up their try in Korea.

The barriers of Korean market are mostly due to cultural differences. Korean’s Hurry Hurry Culture has made domestic market to be fast changing, which makes global game companies hard to adapt such characteristics.

Countless genres of games are being published in each every day in the world mobile market.
In Korean market, RPG genre games are dominating currently. 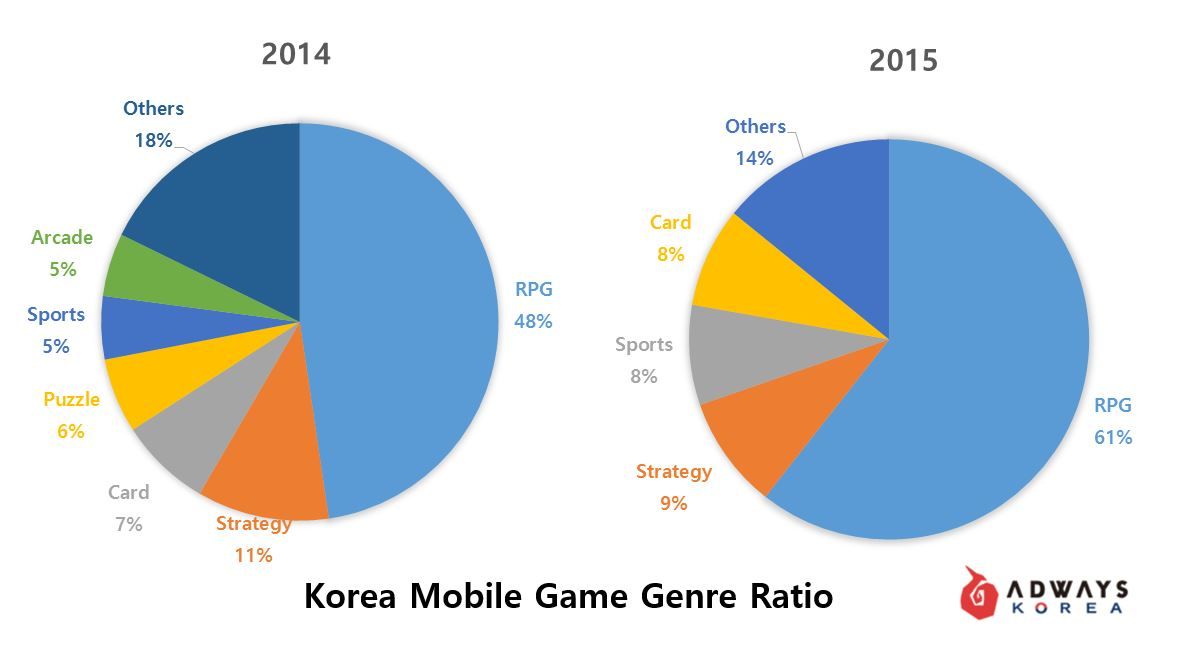 Last year also, most of games published in Korea were PRGs. Moreover, during the first half of the year, the number of PRG games published has been increased by 13%, and such trends will continue.

If you look at the high ranked games in Korean Google play, approximately half of the games are RPG. For example, Raven, Blade and Hero, which have been a big success in Korean mobile market, are all RPG game. 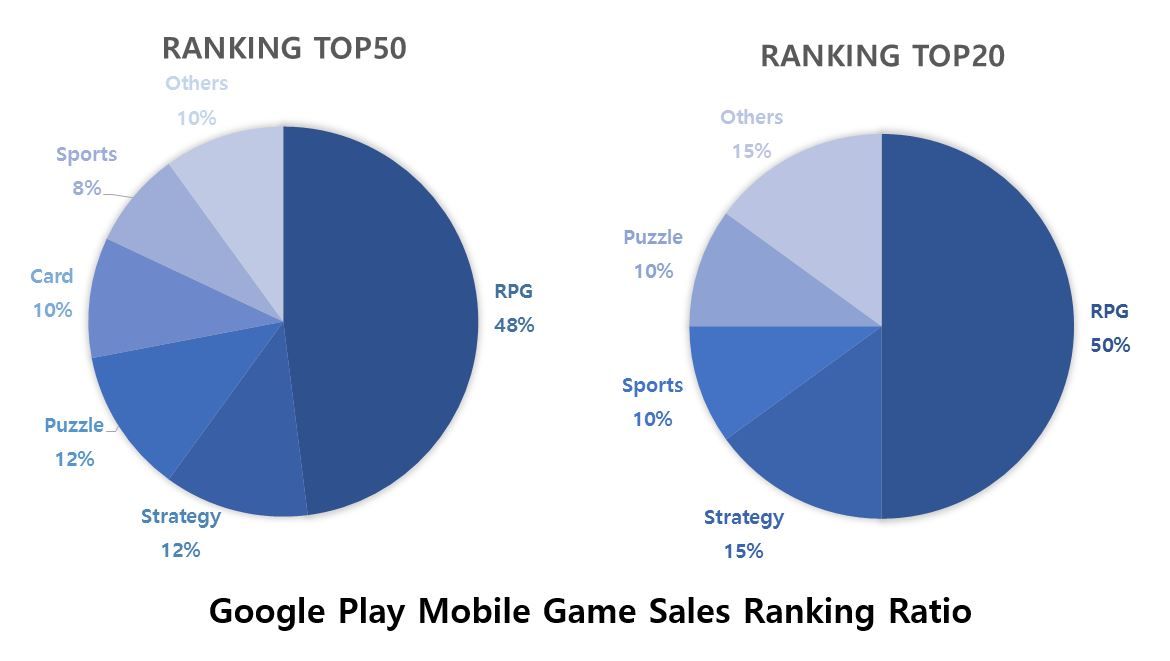 Now, compared with other genres of games, why do Korean game developing companies have preferences on RPG over other games? 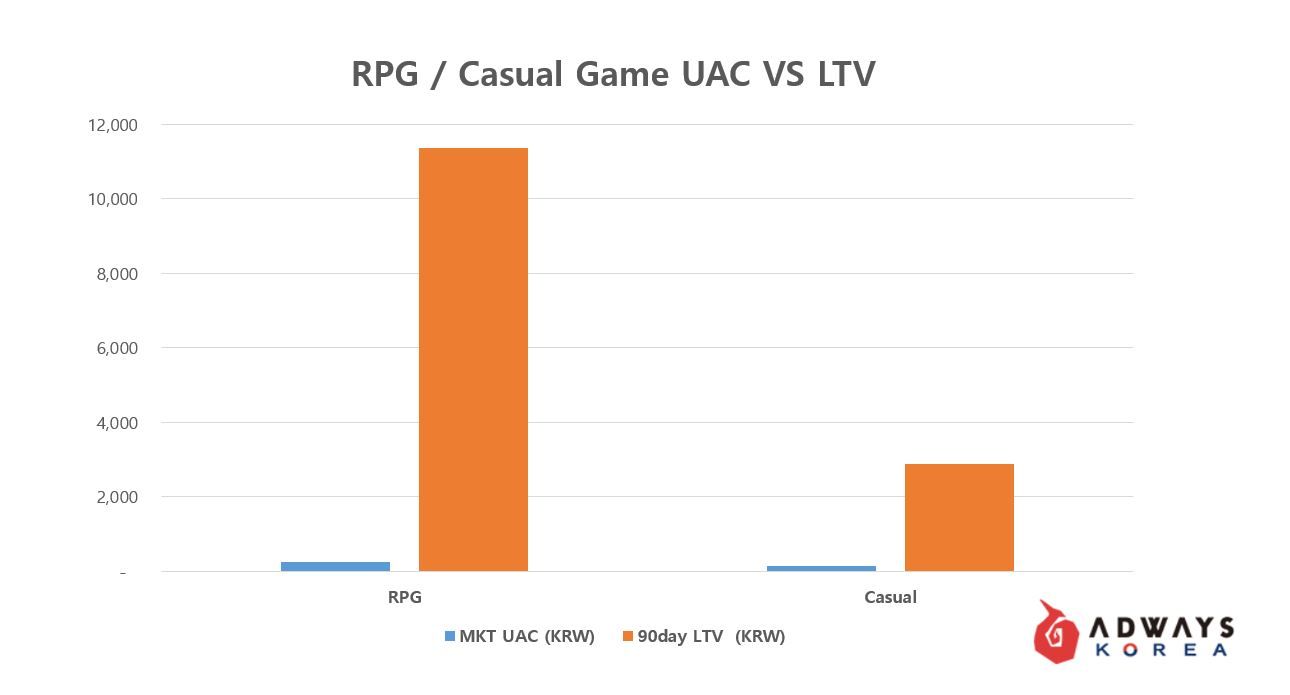 Let’s compare the LTV(Life Time Value)and UAC (User Acquisition Cost) of Casual genres of games and RPG published in Korean mobile market. Both of games were recorded more than 2.5 million downloads during 90 days.

According to the analysis result by PartyTrack, which is our own user acquisition analytics tool for mobile game, we can see high fevers on RPG by Korean game users. RPG game has been recording about four times higher LTV figure than casual game.

The development company cannot help more concentrating on development of the game as much as LTV that can be produced by one RPG user for 90 days is higher than casual game. Since users are more interested in RPG, game developing companies tend to focus on RPG game development. Therefore, we expect that the popularity of RPG will be continued along with a higher volume of RPG release. 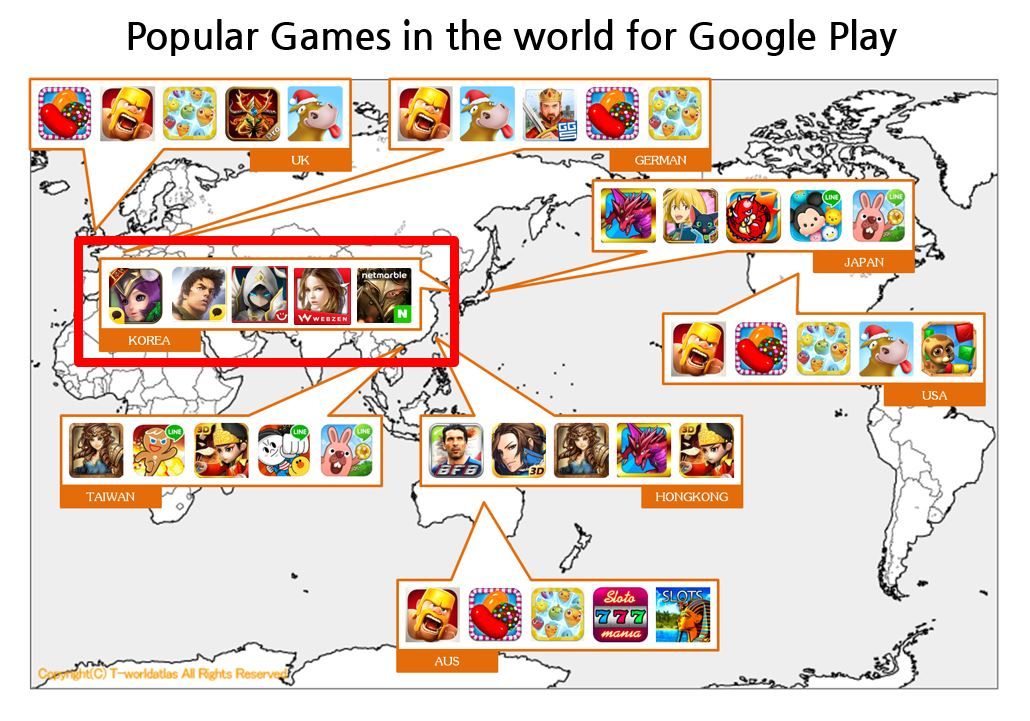 It is very noticeable that RPG is particularly popular in Korean mobile market compared to other countries. More than 1 or 2 casual games are easily found amongst the top ranked games in countries such as Japan, Hong Kong, Taiwan and Australia, while the vast majority of top rankers are RPGs in Korea. It is natural for the developers to go for RPG considering its higher LTV and solid business model.

For game developing companies and publishers that consider entering Korean market, it will be important to set up appropriate strategies based on Korean’s unique mobile game situations.

Furthermore, the popularity of RPG generated the rise of longer marketing period. It is essential to equip with the effective marketing strategies as well as the quality contents to attract “hard-to-please” Korean users.

A great number of advertising media exist in Korea. For the game companies targeting Korean market, it is recommended to build robust strategies through analysis on advertising effectiveness of those media.

Next, we will introduce Korean marketing trends and strategies after game release in Korea.