Today, we’d like to focus on a popular Chinese mobile game 「刀塔传奇」 (English name; Dota Legend, hereinafter called Dota) that topped the charts in China throughout 2014. We found this interesting article from Chinese game website GameLook that wrote about Dota’s 2015Q1 revenue and here we summarized the points. 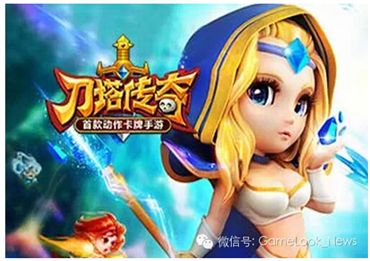 Before getting into Dota’s sales, here is the Top 10 Android apps in March 2015 provided by TalkingData. 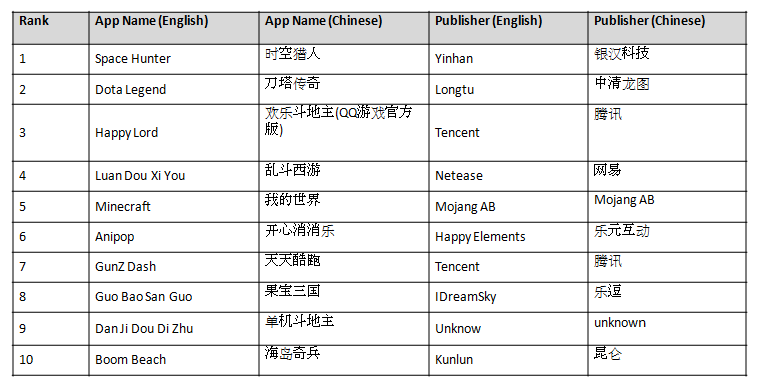 Since Dota was released in 2014Q1, it has always been in high position in Chinese app charts. This is the move in the iOS and Android charts for the past six months.

See how they're doing well in Android ranking throughout years?
Now you may wonder- “how much revenue Dota is really making?” Here is an answer.

This is a sales report of 中清龙图 (English name: Longtu, hereinafter called Longtu), one of Dota’s publishers who marks 65% of the total sales. Longtu reported its sales for 2014 was RMB 1,288M (US$206M) and already reached RMB 445M (US$70M) for 2015 Q1. Surprising part that we highlight here is 200% growth of their international sales. Since August 2014, Dota has showed up in international markets including HongKong, Macau, Taiwan and SEA countries. The table below summarizes app and publisher names in international markets. We can see that Dota is well choosing right partners in those markets.

iOS and Android market share of Dota is 40% and 60% respectively- Android 3rd market store makes more than half of the total sales.

Dota announced it will have an update this month with new characters!. It is expected that their dominance in app charts will go on for a while.


Adways is a leading mobile marketing solution provider headquartered in Tokyo. Adways is primarily known for Asia’s largest mobile CPI adnetwork “AppDriver” and third-party mobile tracking tool “PartyTrack” used by major app developers worldwide. Since 2004 when it opened the first overseas office in China, Adways has been aggressively expanding its mobile app distribution network throughout the Asian markets. Now with more than 1,000 employees in 11 countries (Asia and US), Adways supports app developers worldwide to maximize user acquisition and monetization and constantly thrives to provide new value to the market. press@adways.net