Top 4 position for app store is no change in Chinese android market. But the total market share for top4 is decreased from 76.7% to 72.3% in Q4 2015. Although the overall situation is not change, we still can find the tiny change in the numerous other stores and that will be more fierce competition and more complicated in 2016 if Google Play China version step into the market. 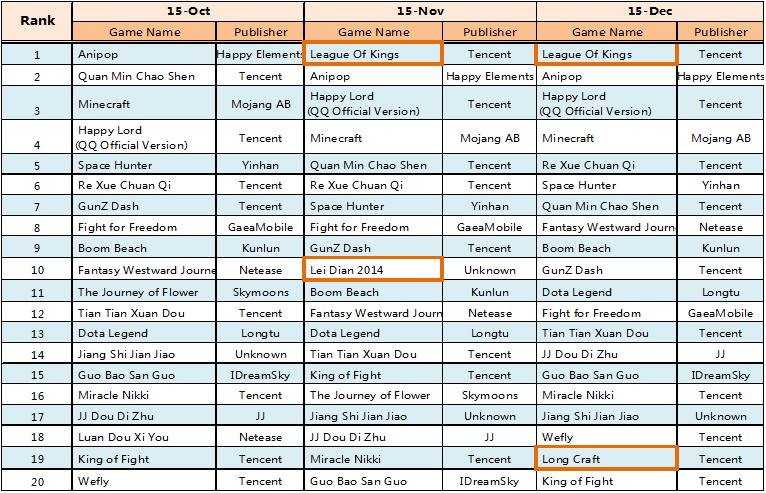 Besides the new game "League Of Kings" released by Tencent and boost in ranking 1 for Nov and Dec. The others in top20 games have just a tiny change. Tencent still be the absolute leadership and maintain about 40%-50% market share. The most popular game is still light game in Android (mainly Casual and some Cards game) . 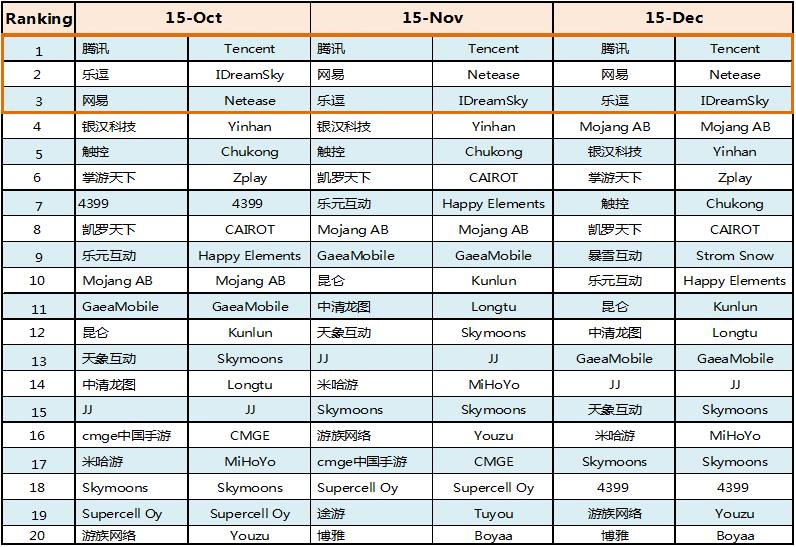 Top 3 spots were taken by Tencent, IDreamSky and Netease. The Tencent game numbers is nearly 9 times the 2nd or 3rd spots publisher.
In the past Y2015, Tencent issued more than 38 new games and the total mobile games income is nearly 19B RMB, it is about 36% of total 51.46B RMB market sizes for China mobile game in Y2015.
For the coming Y2016, Tencent will focus far more than light game, such as ACT and MOBA.